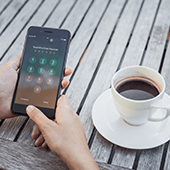 Last year, Apple released the iPhone 8 Plus and the iPhone X, which are similar enough to confuse anyone who doesn’t work for the tech giant. Which unit deserves your hard-earned money? If you’re on the fence about which one to get, read along.

While the iPhone 8 Plus has a smaller screen and thicker bezels, it’s actually bigger than the iPhone X. Although most people prefer the X's screen, the notch at the top can cause problems when displaying certain apps and videos. Put the two units side by side and you’ll see that the 8 Plus is wider and if you compare their weight you’ll notice the 8 Plus is also heavier.

The iPhone 8 Plus features a physical button that you can tap once for the home screen and twice for a list of recent apps. The iPhone X has no such button and relies on screen gestures for navigation. It also has a “Super Retina HD Display,” which means its screens have higher resolutions and pixel densities. If you think any of these factors will affect your experience dramatically, you know what to choose.

Both models have two rear cameras and are loaded with lighting tools. However, the iPhone X has a faster aperture and optical image stabilization capabilities on both lenses -- which translate to sharper, more detailed photos and videos. The X model also has a depth-sensing front-facing camera that can capture portraits and high-resolution selfies.
If you aren’t too fond of taking photos and videos, you should be perfectly fine with the iPhone 8 Plus as there isn’t much difference between the two in terms of image quality.

The iPhone X also ekes out small wins in a number of other issues, such as the inclusion of Face ID and a slightly better battery. If there is anything else you want to know about the latest Apple products, contact our team today.