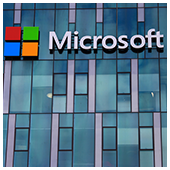 Months before Windows 11’s official release date, conversations were already focused not just on the new operating system’s (OS) new features, but also on how its hardware requirements compared to its predecessor’s. Among the points raised was the compulsory Trusted Platform Module (TPM) 2.0 chip in Windows 11-supported devices — a marked upgrade from Windows 10’s TPM 1.2 requirement. Now, better hardware generally costs more, so it won’t be surprising if you’re looking for ways around this particular requirement in order to save money. In this post, we discuss why you shouldn’t do that.

What is a TPM chip anyway?

A TPM is a security chip embedded in modern systems that provides a hardware-based tamper-resistant environment to generate, store, and protect encryption keys. Commonly found in the latest smartphones and PCs, these chips supply the cryptographic key that unlocks your machine and permits you to access your data. Should a hacker or any unauthorized party gain access to your device and try to tamper with your encrypted drives, then the chip will prevent the device from booting up.

TPMs are also used by some apps and web services. For instance, Outlook uses a TPM for handling encrypted emails. Web browsers, on the other hand, utilize it for maintaining SSL certificates used to authenticate and create encrypted connections with websites.

Some users felt that requiring TPM 2.0 on devices running Windows 11 was too restrictive. From their point of view, Windows 10 ran with just TPM 1.2 and it has remained fairly secure. As such, some users have been searching for ways to run Microsoft’s newest OS even on devices without the required TPM 2.0 chip. But even if such methods are eventually found, here’s why you’d be wise to avoid them:

TPM 2.0 is more advanced than TPM 1.2
As is the case with most types of tech, iterations with higher numbers aren’t just newer, but they come with better features too. In particular, TPM 2.0 supports more and newer cryptographic algorithms than its predecessors. This means it can generate keys that are harder to break, making devices that use it more difficult for hackers to infiltrate.

Compatibility issues may arise
Like any software manufacturer worth their salt, Microsoft tested Windows 11 extensively prior to the product’s release and they very likely did so on supported devices. Therefore, running the new OS on devices that don’t meet hardware specifications may result in compatibility issues that can lead to various problems, ranging from glitches to outright failure. In any case, addressing these issues may prove to be more expensive than investing in supported hardware from the get-go.

Updates are extremely crucial. Apart from helping improve user experience through new features and quality-of-life upgrades, updates also bolster your OS’s defenses against the most recent threats. Not receiving future updates will leave your IT systems and your business vulnerable to cyberattacks.

When it comes to bypassing Windows 11’s hardware requirements, especially if these have something to do with security, just remember this adage: “Just because you can, doesn’t mean you should.” If you have any other questions about Windows 11 and how you can make the most out of its features, just give us a call.